Do you possess articles or pictures of historical value, special events or interest to FSC BMW CCA?  We encourage you to share those moments of history by submitting them directly to the webmaster at WebMeistresss@fscbmwcca.com Please include a brief description (estimated date, location, event name, identities if known, etc.) of each article or picture.

CREDIT: The following historical text was taken from e-mails shared between Alan Barnes and Michael Mitchell, Office Manager/Curator for BMW CCA Foundation in an inquiry to document the early history of the Florida Suncoast BMW CCA and other Florida based BMW CCA clubs.

2009 email from Michael Mitchell to Alan Barnes and others:

When did your chapter form?

Could you tell me some history about your chapter? 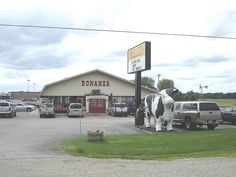 This short history is for the Central Florida Chapter up to 1983. In late 1975 Helmut Heinz requested an Orlando area membership list of BMWCCA members. Together with Becky Nunnally and her father, they organized and hosted a dinner at an area Bonanza Restaurant on Jan. 23, 1976. Eleven people attended that first meeting. In discussing what the intent and direction of a BMW club might be, Alan Barnes and others pushed for a rapid application to become a BMWCCA chapter while Helmut was more interested in being a local club with connections and activities with other German-interest clubs.

Between the first two meetings, Helmut Heinz asked Becky Nunnally and Alan Barnes to a meeting to discuss the direction of the club. Helmut realized most people wanted to affiliate with the CCA, but that he would be backing away from an active role as a club director. Helmut would remain an active member for several years.

The second meeting was held on February 26, 1976. At this meeting, several people from outside the Orlando area showed up and wanted their areas included in the new chapter. From St. Petersburg were Ben de Leon and Art Skinner and from Lakeland were John Dotson and his wife and others.

At this February 26th meeting 18 names were signed to a charter application. The chapter name was to be Central Florida Chapter extending from Daytona Beach, along Interstate 4 through Orlando, Lakeland, Tampa, St. Petersburg and then south to Sarasota.

The application was submitted to the CCA and was approved at the National Board meeting on March 27, 1976, slightly over two months after the first meeting.

From that start, the club grew over the next several years to several hundred members. Meetings and events were held in both the Tampa and Orlando areas, so there was a lot of driving involved for club events.

In 1979, Stan Simm asked then Chapter president, Alan Barnes, to run for the Zone Governor position he was vacating in order to run for National Vice president. Alan Barnes served as Zone Governor for one year, then left for two years and returned in 1982 for two more years.

During that period the Central Florida Chapter began to wither primarily from a lack of leaders and activities. By late 1981, early 1982, the Chapter was frequently on probation and under threat of having their charter revoked.

In early 1982, two people came forward to try to correct things, Eddie Hardman in Orlando and Jeff Gladish in Tampa. They were both successful, but the members decided to reactivate as two new chapters. An agreement to split the chapter territories and treasuries was worked out. 100% of the old Central Florida Chapter area was included in the new chapter areas.

Serving as Zone Governor in 1983, Alan Barnes presented the two new chapter applications to the National Board. He was surprised to be initially turned down, until he explained that the arrangement was totally agreed to by both new chapters and that no local chapter members were going to be abandoned.

So in the end the old Central Florida Chapter did not die, it was superseded by the Florida Suncoast and Sunshine Bimmers Chapters.

Learn more about the early beginnings of Florida Suncoast BMW CCA. Step back in time by reading the very first copies of the Chapter organizing letter and the very first newsletter.

The first organizational newsletter was published in February 1976, while still a pre-chapter, followed by the second official chapter newsletter published April 1976, with the name Der Sonnenfleck. A name still used by the Sunshine Bimmers Chapter.