On Friday, December 22nd your FSC BMW CCA Chapter will begin the voting process for Officers and Board of Directors (BOD) for the 2018 service year. The BOD has worked to provide an open, transparent and confidential voting experience for FSC members.  Our goal is to involve all FSC BMW CCA members in the election/voting process.  We encourage you to make your voice known by actively participating in this important process. 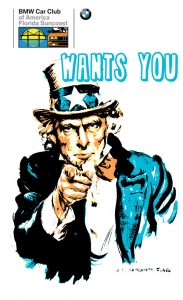 The current BOD, by resolution, decided that the election ballots will be cast electronically by members via the MotorsportReg.comsite, and that electronic voting for candidates will open on Friday, December 22, 2017 at 12:01 PM, and close on Tuesday, January 16, 2017 at 11:59 PM. The decision to use this procedure was made by a By-Law provision, which allows the BOD to determine the balloting form and process. Complete information for voting will be provided active and associate members, both at our regular north and south business meetings, and by email. There is NO FEE to vote.

A complete ballot for the various offices will be provided on MotorsportsReg.com for members to affirm their individual votes for candidates. Separately on that web site, your name and membership number will be recorded for ballot validation.

You can also print out a ballot and mail it in. Click here to access the printable pdf ballot. Ballots must be received by Tuesday, January 16, 2018

In order to vote you must have a Motorsportreg.com account that is linked to your BMW CCA Chapter Membership. If you voted last year, all you do is login!
If you didn’t vote last year, click HERE  for detail instructions to Create a MotorsportReg account and how to add your Florida Suncoast chapter to it. 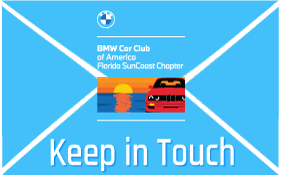